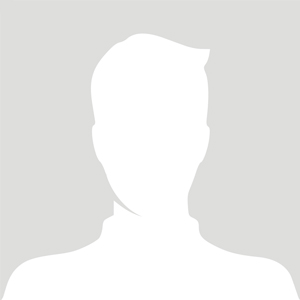 I am a Tai Chi, Qigong & Yoga teacher based in Glasgow. My interest in martial arts and asian culture began in the 1980’s, as a child attending Karate classes for several years (and watching bad 80’s kung fu & ninja movies with school friends).

I began practising Tai Chi & Qigong in 1997 and trained for many years in the Cheng Man-ch’ing lineage of Yang Style Tai Chi. I trained initially with local teachers, later attending workshops and residential courses with teachers from all over the world – since 2014, I have also been hosting visiting teachers from Asia, Europe and the USA. Over this time, I have explored several styles of Tai Chi ( e.g. the Huang Sheng Shyan lineage) and other internal martial arts (e.g. Yiquan) and various forms of Qigong. My learning continues with teachers, peers, students and friends.

I am a registered advanced instructor with the Tai Chi Union for Great Britain and began teaching professionally in 2015, having previously worked in the NHS.

Around 20 years ago, I was introduced to ‘Scaravelli-inspired’ yoga by a Tai Chi friend – an approach named after the teaching of Vanda Scaravelli which shares very similar principles to Tai Chi, often expressed in a more direct way. I’ve been fortunate to study with numerous inspiring teachers at classes, workshops and retreats over many years – I recently completed a 500 hour Yoga Teacher Training course with Marc J Acquaviva. This approach informs and supports my teaching and practice of Tai Chi & Qigong, and gives it a unique edge.

I’ve had long standing interest in psychology and spirituality. On leaving school, I chose to study psychology at university in the 1990’s and although I completed a four year honours degree, I wasn’t convinced by the ‘scientific’ cognitive clinical psychology approach. I soon after took up Tai Chi, Qigong and Yoga practice, and was eventually drawn to explore meditation, initially attending regular classes with a local Sri Lankan Buddhist monk.

This gradually led to me attending dozens of meditation retreats over the years (as well as exploring other approaches like reiki and shamanic work). I was fortunate to attend retreats with Thich Nhat Hanh in 2008 & 2012, and have undertaken several ‘Vipassana’ retreats, as well as retreats at Dhanakosa retreat centre with various meditation teachers.